The poppy plant (Papaver smoniferum) has been used as a traditional remedy for centuries. Native to the Eastern Mediterranean, its flowers come in various colors — primarily white and yellow. The seeds these flowers produce are small, round, and bluish, black, or light to dark gray depending on where they’re cultivated. Poppy seeds are used in baked goods and traditional dishes worldwide. Both the seeds and their oil are said to offer various health benefits, from treating headaches and coughs to curing asthma and insomnia. Poppy seeds and poppyseed oil may improve digestion, lower disease risk, and be used to make fertility-boosting medical products. Nonetheless, more studies are necessary. 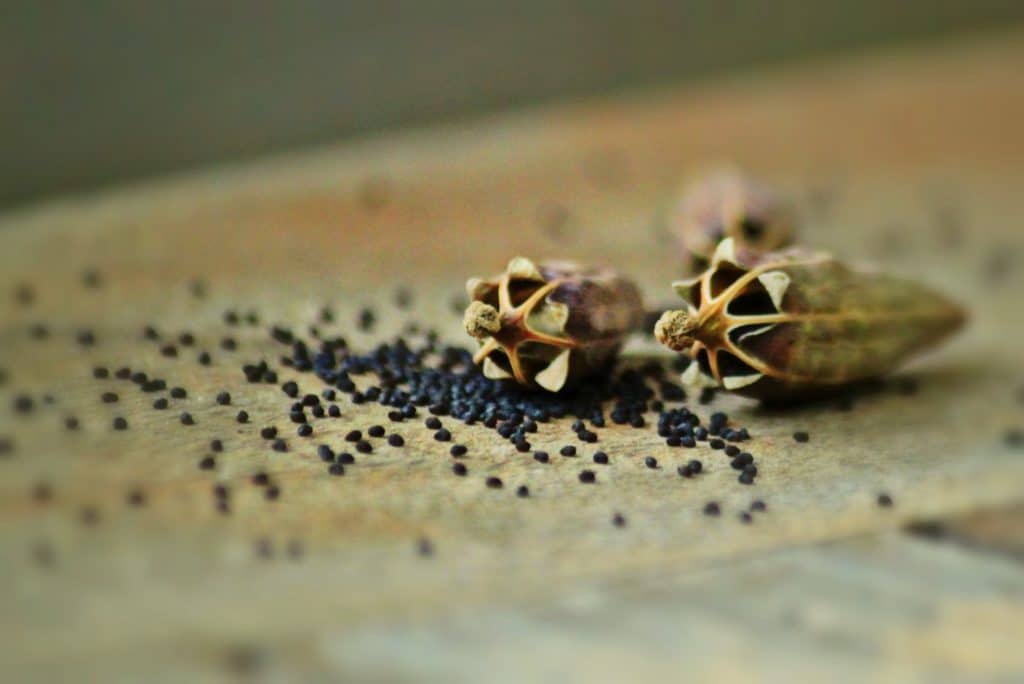 Poppy seeds are generally considered safe when purchased from trusted retailers and eaten in small amounts, such as the quantities found in muffins or on bagels. Poppy latex boasts opioid compounds known for their sleep-inducing properties. As a result, some people claim that poppy tea or warm milk infused with poppy seeds provides a natural insomnia remedy. Remember that poppy seeds don’t naturally contain these opium compounds, though they can become contaminated during harvesting or due to pest damage. As most commercially available poppy seeds are cleaned before being sold, any products purchased at your local supermarket likely don’t have any insomnia-fighting effects. While it’s possible to purchase unwashed poppy seeds that contain higher opioid levels, their use is considered risky. Teas and infusions made from them may contain lethal doses of morphine, and several accidental deaths have been linked to their use. Unwashed poppy seeds may also cause a dependency that’s similar to other chemical addictions. Therefore, their use to treat insomnia is strongly discouraged.

Eating these seeds may result in a positive drug test. For instance, small amounts of codeine and morphine may remain detectable in urine for up to 48 hours after poppy seeds are consumed. The exact amount needed to result in a positive drug test depends on the thresholds used by the testing lab, as well as the concentration of opium remaining after the seeds have been washed. Generally speaking, the more poppy seeds you eat, the higher your likelihood of testing positive for opium compounds. Unwashed poppy seeds, poppy seed teas, and poppy-containing products marketed as natural pain relievers or sleep aids may contain doses of opioids sufficient to cause addiction, overdose, and even death. Therefore, their use is strongly discouraged unless you’re under medical supervision. Likewise, poppyseed oil may harbor varying amounts of opioid compounds, depending on the seeds used to make it — though scientists have yet to examine this issue. Poppyseed oil is generally considered safe when applied to the skin. Yet, if you experience redness, itchiness, or pain, it’s best to discontinue its use.