Sure, lifestyle habits (like smoking and tanning), and genetics can certainly influence and predispose your skin to pesky conditions, but that doesn’t mean the quest for a glowing complexion is a lost cause. And while there are plenty of cosmetics that dub themselves as “skin food,” the truth is that the key to maintaining a healthy complexion doesn’t come from a bottle. While it’s true these cleansers and lotions offer a topical fix—a beauty band-aid, if you will—gorgeous, hydrated skin starts from within. And that all depends on whether the best foods for glowing skin are on your plate. Whether you need to treat acne, ward off premature aging, reduce the appearance of wrinkles, or fight back against another pesky skin condition, the right diet can be a valuable aid.

To build a diet for glowing skin, you’re going to have to start by adding the following foods to your grocery list. These healthy foods will nourish your skin and get that healthy glow you’re after. 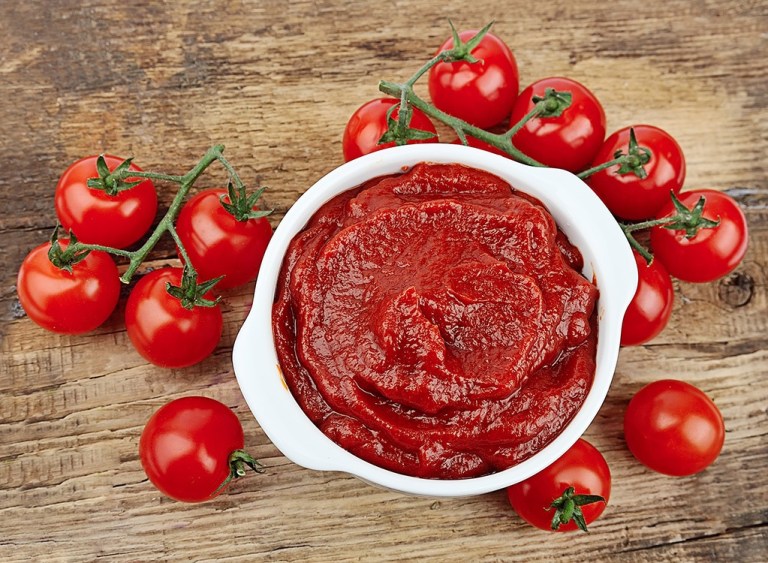 Lycopene, the phytochemical that makes tomatoes red, helps boosts collagen strength—a protein that gives skin its taut, youthful structure—and fights off the oxidizing effect of UV rays by eliminating skin-aging free radicals. A study in the British Journal of Dermatology found participants who ate five tablespoons of tomato paste daily showed 33 percent more protection against sunburn than a control group. Why is tomato paste one of our best foods for skin? It’s because cooking tomatoes ups their lycopene levels, so tomato sauce, gazpacho, and even ketchup pack on the protection. 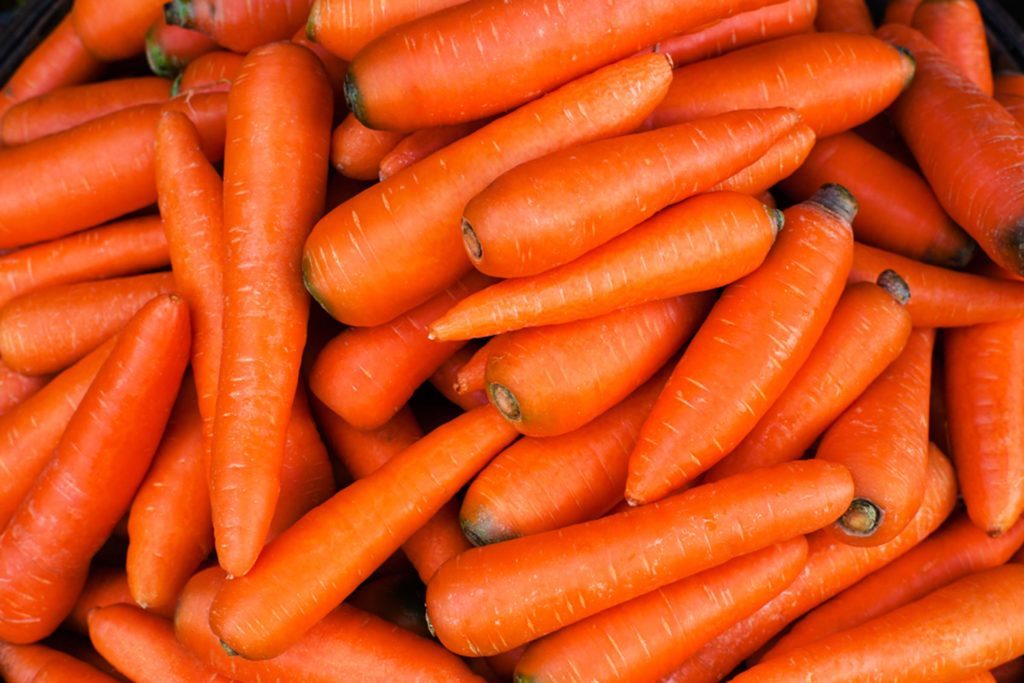 Think of carrots as your very own wonder wands—good for the eyes and good for clearing up breakouts. No magic here, though, just plenty of beta-carotene and vitamin A, an antioxidant that prevents overproduction of cells in the skin’s outer layer. That means fewer flaky dead cells that otherwise could combine with sebum to clog your pores. Plus, vitamin A plays an essential role in reducing the development of skin-cancer cells. It’s a win-win with this best food for the skin. 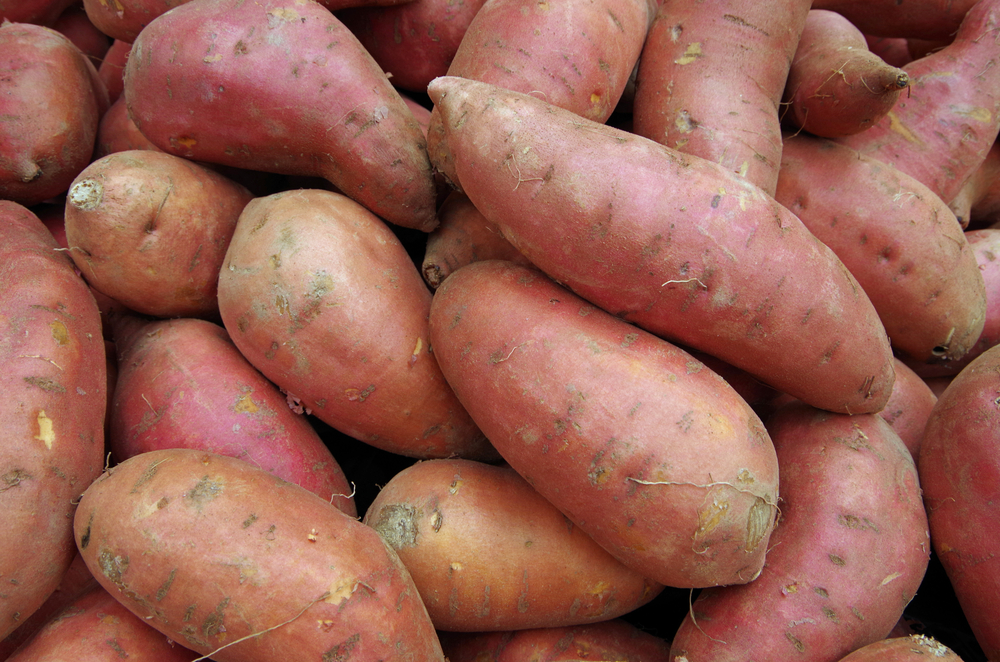 A study in the journal Evolution and Human Behavior showed eating a diet rich in fruits and vegetables gives a healthier, more attractive, and more radiant glow than you would get from sun exposure. But it was those who consumed more portions of red and orange vegetables per day who had the greatest sun-kissed complexion—the result of disease-fighting compounds called carotenoids that give those plants their colors. Few foods are as rich in the beauty stuff than a baked sweet potato. In fact, just half a medium potato provides 200 percent of your daily recommended intake. 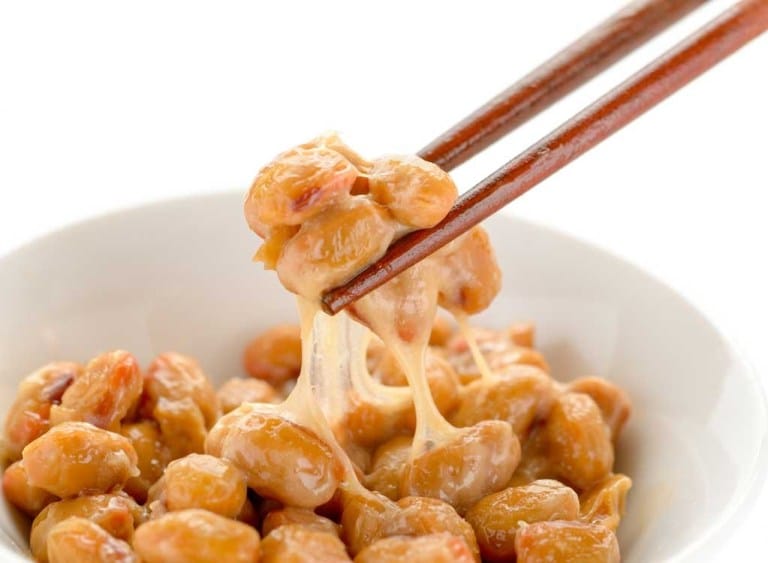 Natto is a Japanese dish made by boiling and fermenting soybeans with bacteria that increases the beans’ nutritional value. These fermented soybeans are unique in that they’re the highest dietary source of vitamin K2—a vitamin that is important for cardiovascular and bone health as well as promoting skin elasticity to help prevent wrinkles. On top of that, natto is a potent source of gut-healing probiotics, deeming this unique snack one of our best foods for skin. A healthy gut can keep inflammation at bay, which researchers say may affect the health of our skin since many troubles like acne, eczema, and psoriasis stem from inflammation. 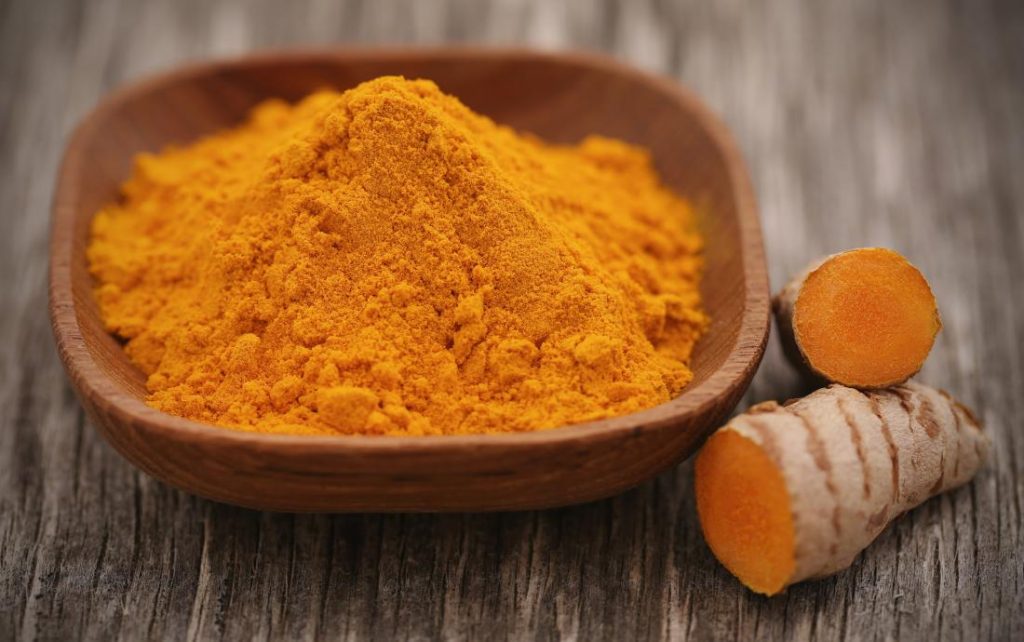 Turmeric isn’t just a game-changer when it comes to protecting against cancer or reducing pain. This Indian spice can also protect your skin. That’s because turmeric’s active antioxidant, curcumin, has shown to be one of the most effective anti-inflammatories and free-radical fighting options out there (even more effective than ibuprofen!), according to a study in Oncogene. Plus, research shows this spice can also be used to lighten dark pigmentation blotches or scars caused by aging, hormone imbalance, or sun exposure by inhibiting an enzyme in the skin that produces pigment—just combine with honey to create a healing facial mask! 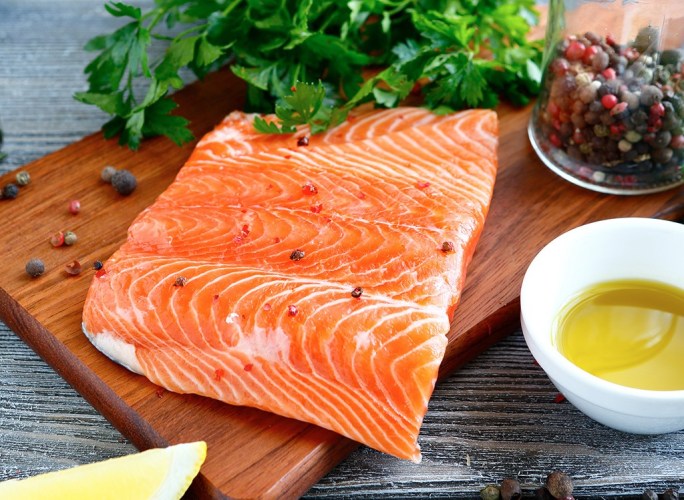 Besides being one of the most potent sources of anti-inflammatory omega-3s, salmon also contains dimethylaminoethanol (DMAE). DMAE promotes healthy skin because it protects the integrity of cell membranes. Strengthening the cell membranes guards against their deterioration that causes premature aging. This nutrient also helps to prevent the production of arachidonic acid (AA), an inflammation precursor that leads to wrinkle formation. And that’s not all. DMAE works in conjunction with B vitamins to increases levels of acetylcholine, a neurotransmitter essential for proper muscle functioning that can keep your face looking toned and firm. 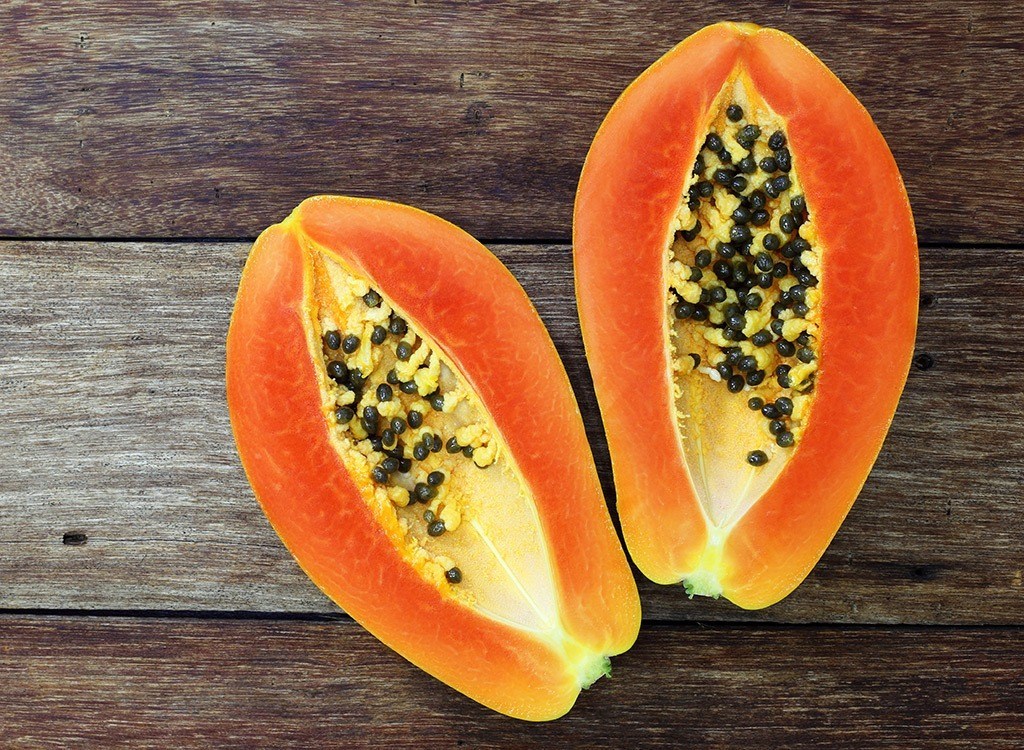 This tropical fruit contains a plethora of active enzymes that pass on their health benefits. One enzyme, chymopapain, has been used to relieve inflammation—a common source of skin conditions. And another enzyme, papain, can help remove blemishes and even treat acne when applied topically as the enzyme dissolves pore-clogging fats and cleanses the skin. Not to mention, just a single cup of fresh, ripe papaya packs a whopping 144 percent of your DV of collagen-strengthening vitamin C. 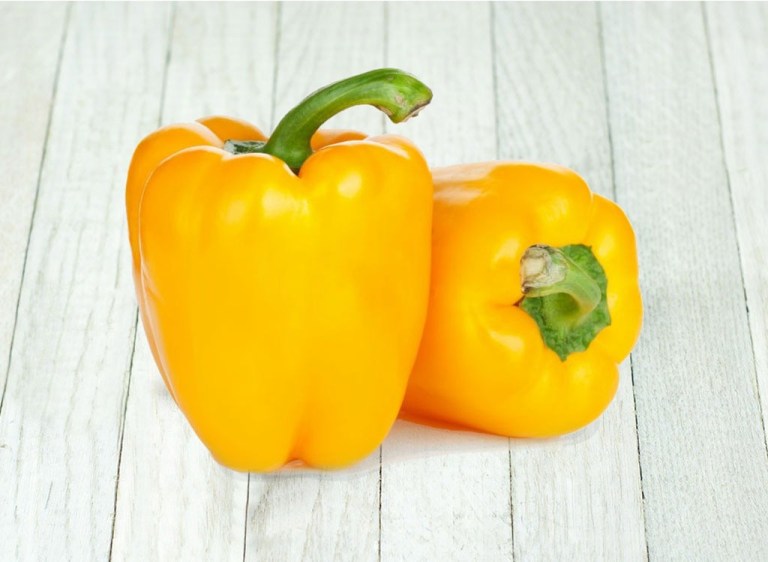 Vitamin C is essential to the formation and growth of skin and muscle tissue as well as to building collagen—the protein which provides strength and structure to your skin, bones, muscles, and tendons. But instead of grabbing an orange to get your dose, much on some vitamin C-rich yellow bell peppers instead. In a British Journal of Nutrition study of over 700 Japanese women, researchers found that the more yellow and green vegetable subjects ate, the less apt they were to have wrinkles and crows feet—even once they controlled for smoking and sun exposure. And a study out of the UK concurs. The British study published in the American Journal of Clinical Nutrition found that volunteers who consumed 4 milligrams of C (what you’d get in a single bite of yellow pepper) daily for 3 years decreased the appearance of wrinkles by 11 percent. 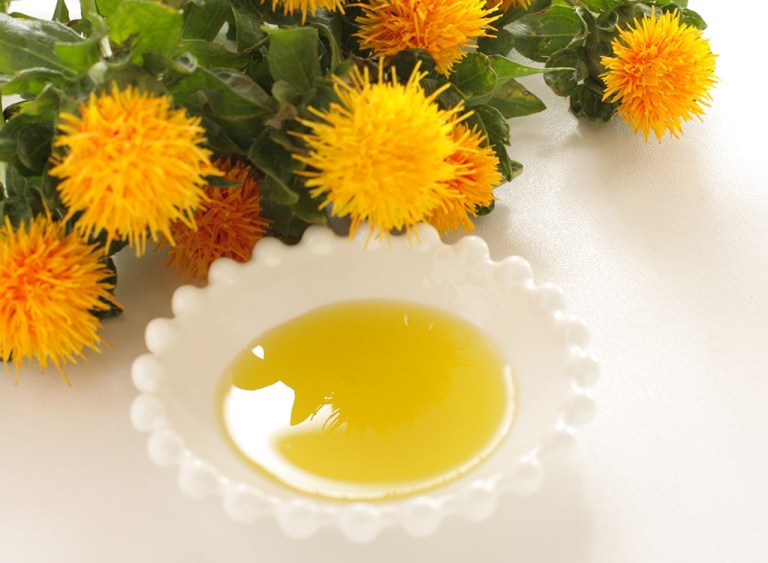 You’ve probably heard us demonizing vegetable oils for their high levels of inflammation-inducing omega-6s. But these oils aren’t all bad news. In fact, that same omega-6s found in safflower oil can be the ultimate moisturizer for people who suffer from dry, flaky, or itchy skin. They keep cell walls supple, allowing water to better penetrate the epidermis. Scientists have found that this oil may even help people who suffer from severe conditions such as eczema. So ditch the moisturizer and lather on the safflower! 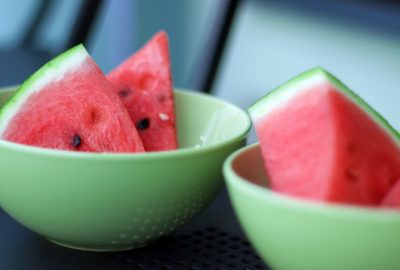 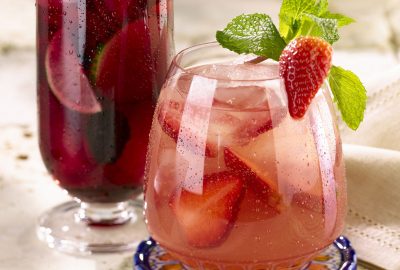 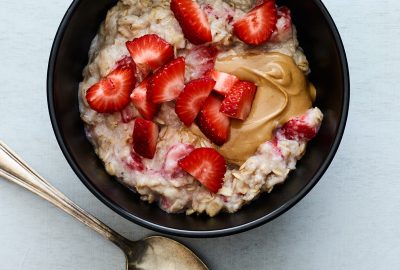