Added sugar is one of the most controversial ingredients in the modern diet. It has been associated with many serious diseases, including obesity, heart disease, diabetes, and cancer. Part of the problem is that most people consume way too much sugar without knowing it. Fortunately, there are many ways to sweeten foods without adding sugar. Evidence suggests that those who follow diets high in added sugar are more likely to develop obesity. Sugar can interfere with hormones in your body that regulate hunger and satiety, leading to increased calorie intake and weight gain. Excessive sugar consumption can also harm your metabolism, which can lead to increased insulin and fat storage. High sugar intake is associated with poor oral health and some of the most deadly diseases, including heart disease, diabetes, and cancer. In addition to causing health problems, sugar is addictive. It causes dopamine to be released in the reward center of the brain, which is the same response activated by addictive drugs. Several natural sweeteners are often used by health-conscious people in place of sugar. These natural sugar alternatives may contain a few more nutrients than regular sugar, but your body still metabolizes them the same way. 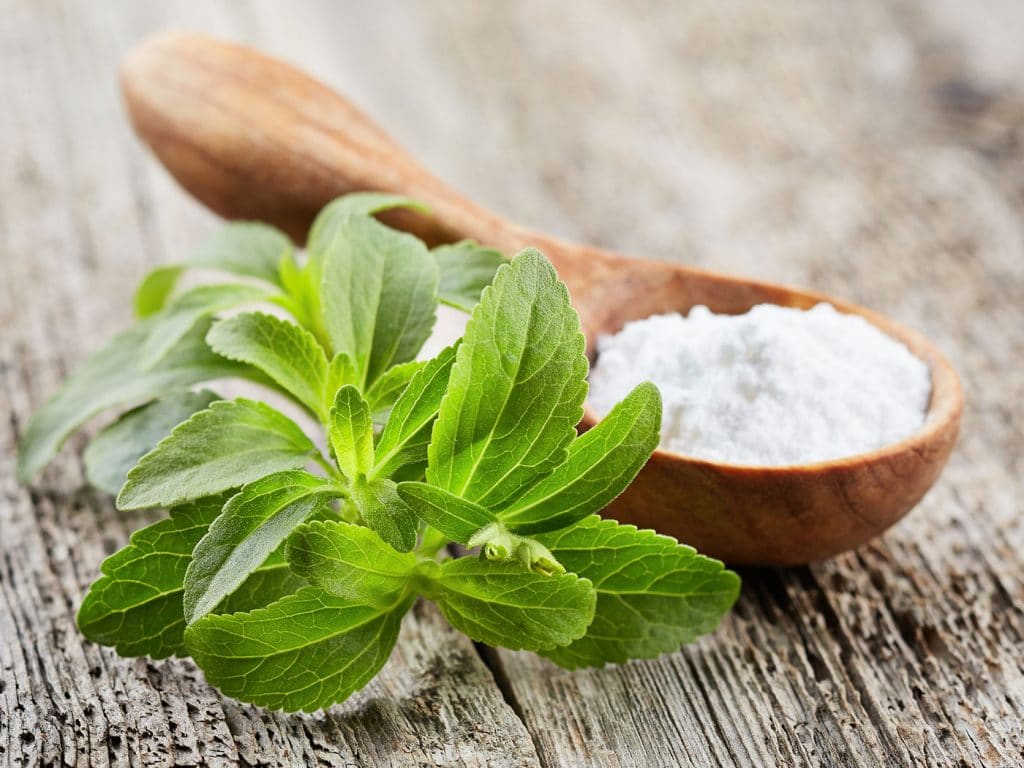 Stevia is a natural sweetener that’s extracted from the leaves of a South American shrub that’s scientifically known as Stevia rebaudiana. This plant-based sweetener can be extracted from one of two compounds — stevioside and rebaudioside A. Each contains zero calories, can be up to 350 times sweeter than sugar, and may taste slightly different than sugar. The leaves of Stevia rebaudiana are packed with nutrients and phytochemicals, so it’s not surprising that the sweetener is linked to some health benefits. Stevioside, a sweet compound in stevia, has been shown to lower blood pressure, blood sugar, and insulin levels. While Stevia is considered generally safe, more current research is needed to determine whether the natural sweetener brings sustained benefits for human health. 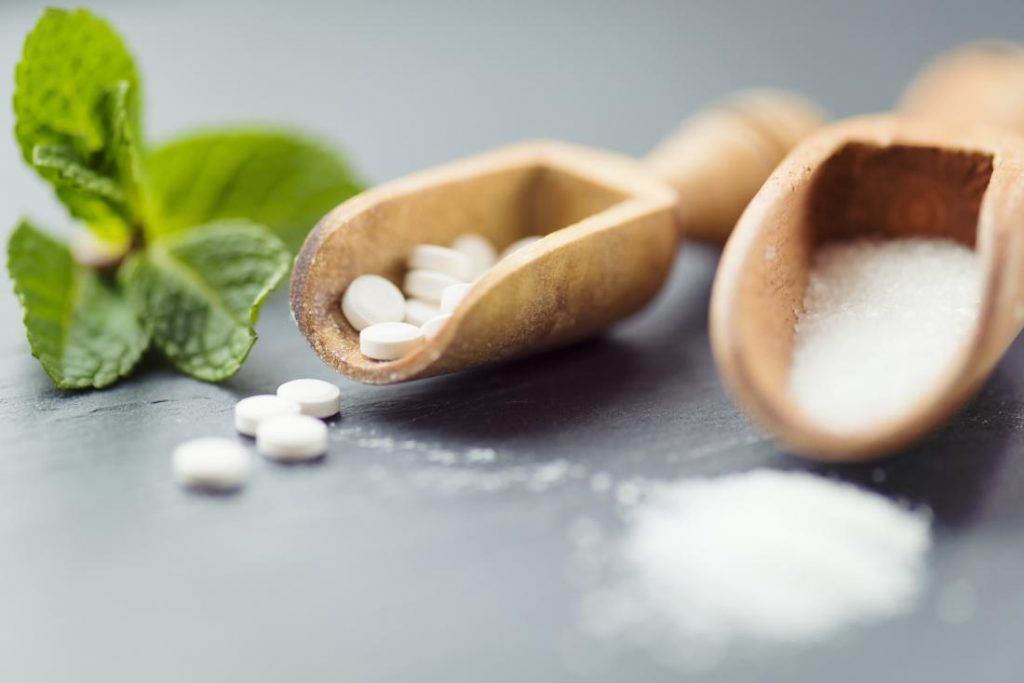 Xylitol is a sugar alcohol with a sweetness similar to that of sugar. It’s extracted from corn or birch wood and found in many fruits and vegetables. Xylitol contains 2.4 calories per gram, which is 40% fewer calories than sugar. What makes xylitol a promising alternative to sugar is its lack of fructose, which is the main ingredient responsible for most of sugar’s harmful effects. Unlike sugar, xylitol does not raise your blood sugar or insulin levels. In fact, it’s associated with multiple health benefits, including improved dental health and bone health. However, many studies surrounding xylitol are controversial, outdated, or involve rodents. More human studies are necessary to determine its full functionality. When consumed in moderation, xylitol is generally well tolerated by humans, but it can be highly toxic to dogs.